Crossing the Uncanny Valley...or not!

Posted on November 7,2018 by Raymond Winters 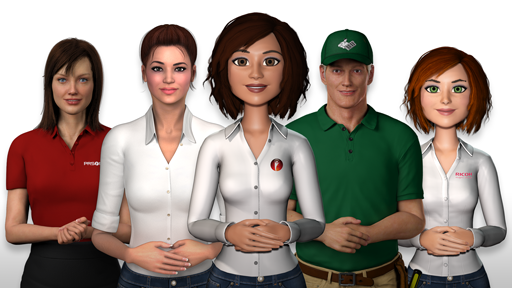 For those of you that have been following us for a while, you have no doubt seen several of us mention something called “The Uncanny Valley”. We recently received an email from a client that asked the basic question “What is the Uncanny Valley” and why is it important to you? So, let’s dig in and discuss what the term means and why it has been such a challenge in the world of digital personalities.

First, let’s start with the text book definition. In aesthetics, the uncanny valley is a relationship between the degree of an object's resemblance to a human being and the emotional response to such an object. The concept of the uncanny valley suggests humanoid objects which appear almost, but not exactly, like real human beings elicit uncanny, or strangely familiar, feelings of eeriness and revulsion in observers. Valley denotes a dip in the human observer's affinity for the replica, a relation that otherwise increases with the replica's human likeness.

OK, so that definition might not make the meaning so clear, so let’s sum it up this way: It makes characters appear “creepy”! 😉 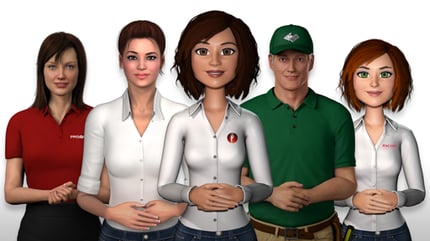 Now, let’s parse this a bit. Basically, humans like to interact with humans. When we interact with something that is appearing to be a human, we respond emotionally to the subtleties that are not present. For example, when a person walks up to a photorealistic digital avatar, their brain is expecting to interact with a human. However, unbeknownst to the “user” that avatar is missing a few things that would identify it as a human, such as the subtle rise and fall of the chest while breathing, or the quick dart of the eyes, or the motion of the throat as a person naturally, but unconsciously swallows. None of these are details that most people detect overtly. Instead, the lack of these little cues registers unconsciously in our brains and creates a kind of revulsion or feelings of “creepiness”. This happens because of the differential between what we expect to see and what we are perceiving.

How does this affect what we do here at nuMedia Innovations and PRSONAS? Well, imagine the complexities in creating extremely lifelike characters. In the earliest incarnation of the PRSONAS characters, we would shoot video of life actors, thinking this would solve the problem with little effort. However, the actions, such as eye movement and breathing were not convincing because they were not focused on the person with whom they were interacting. The second generation of PRSONAS (the Angie line, for those of you that have been with us for a while) utilized very life like CGI characters. While the characters were generally better accepted than the videotaped humans, we found the loss of those subtle human identifiers left us stuck right in the center of the Uncanny Valley. Try as we might, incorporating more and more of those cues began feeling artificial and forced, dragging us yet further toward the “Creepy Factor”. It seems that the more we struggled against it, the more all these small secondary and tertiary little cues would pop up. Solve the breathing and swallow and then you notice that the weight and balance do not shift properly in coordination with other body movement, work on the body and weight shifting and then you notice that the nose does not subtly flex with the speech. Every solution seems to point out another flaw and soon enough the animators were completely overwhelmed with the level of production required and we still could not eliminate the “Creep”. The things that our brains perceive to identify something as “human” is staggering and accomplishing that using animation was quickly becoming a futile gesture.

Finally, we hit on the ultimate solution, and one we will cover in some future blogs. For now, we basically decided to pull back completely from trying to be completely lifelike and have introduced the Daphne line, with characters that are clearly not human and more closely resemble the characters found in movies such as The Incredibles, or on modern Saturday morning shows, using CGI. And just like that, the creepiness was gone!