How Augmented Reality is changing Retail 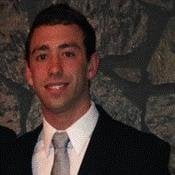 The retail sector has experienced a revolution in the last few years. Thousands of stores have closed with several brands and companies having gone out of business entirely. While you may think that this revolution has only affected small mom-and-pop stores, large, traditional companies like Macy’s and Walmart have also been affected with both having closed hundreds of their once incredibly profitable stores. Amid what has been described as a retail apocalypse, stores have been forced to adopt new technology to drive sales and create new experiences. Leading the way for many of these stores is augmented reality!

Brick-and-mortar stores are increasingly implementing augmented reality to create new experiences and drive sales. Last November, Ralph Lauren introduced an interactive, AR touch-screen mirror in the fitting rooms of their flagship store in New York City. Quickly, the mirrors proved to be effective. With the ability to accomplish simple tasks like changing the lighting and complex tasks like auto-generating suggestions which the shopper may enjoy, the mirrors were reported to have a 90% engagement rate along with collecting valuable data. 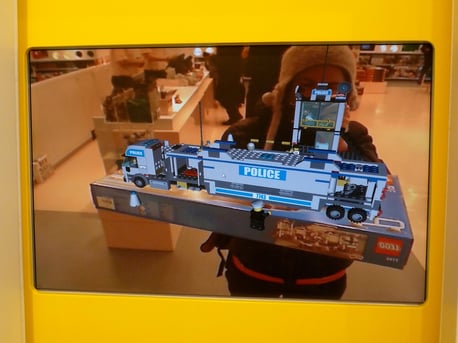 Ralph Lauren isn’t the only store who has increased their instore engagement through augmented reality experiences. Sephora, and several other makeup brands, have launched AR mirrors that allow customers to try on different types and styles of makeup in store before purchasing any products. This has allowed for consumers to try on a larger variety of makeup, in a fast pace, and all with the advice of experts. While these are only two examples of augmented reality transforming the in-store experience, thousands of stores already have and continue to use AR to transform the customer experience!

Why leave all the opportunities in the store? That’s the motto and idea behind retail stores launching their own augmented reality apps. Recently, IKEA launched their IKEA Place app. Using the app’s camera and augmented reality, users can place an image of an IKEA product in their own home before purchasing anything. The ability to preview products before purchasing and the ease to quickly access the catalog on an iPhone is expected to help increase sales and overall engagement! 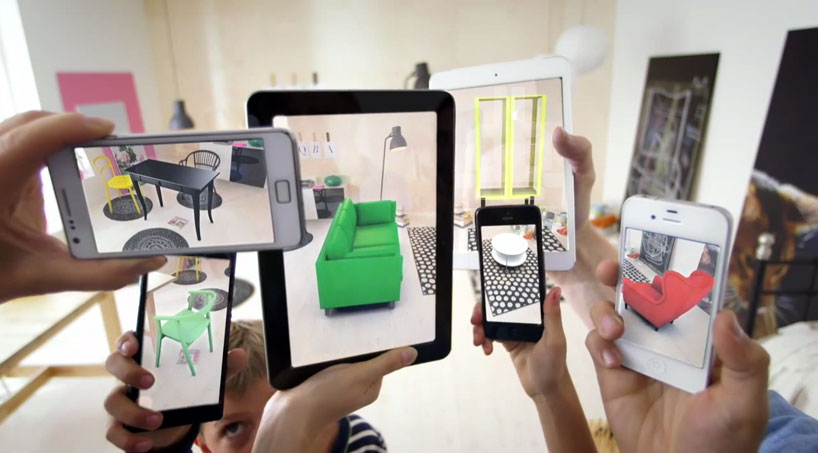 Sephora didn’t make its first foray into augmented reality through their instore mirrors. Years ago, the cosmetic retailer launched their “Virtual Artist” app. After having their lips, eyes, and faced scanned, users could “try on” different products by having them overlaid onto their face and features. The app added another venue for purchases while creating a fun, engaging experience!

Outside the Store (screens and windows):

Mobile phone apps and in store experiences may be the most popular ways retail-stores leverage augmented reality, but an area that is starting to garner more and more attention is the screens and windows of the store itself! With brick-and-mortar stores losing popularity and traditional shopping malls not being as crowded, attracting those individuals who walk past their doors has become more and more important for each retailer. Augmented reality devices, like our Window Shopper, that are housed or projected onto the windows and screens of the stores can attract the attention of shoppers in new, exciting ways! 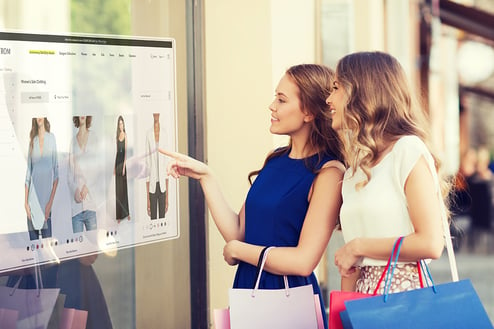 As an example, let’s use our Window Shopper. The device is a projected touch system that is fully equipped with features that work through the glass. With just a few clicks, the potential customers can be viewing and interacting with a store’s marketing messages and inventory. Equipped with AR features and able to provide 24/7 access to customers, the device engages potential customers in a new, entertaining way. Whether it’s our own Window Shopper or another AR screen, look for AR devices and experiences on the outside of retail stores to become more and more popular!